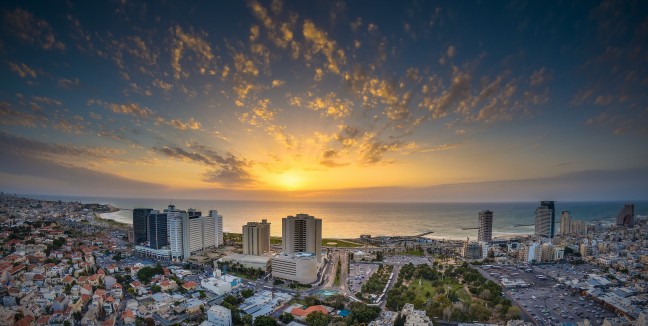 Among the many prophecies in the Bible about the future of our planet and the events of what will happen in the ‘last days,’ the supernatural gathering of the Jewish people to their historic homeland occupies a critical position.

The restoration of Israel as a Nation and the history of the Jews as a whole is a unique phenomenon. As my friend and fellow pastor Howard Katz writes in his book “The Relationship between Israel and the Church” :

“Can you think of any nation that having lost their homeland managed to regain it? The Jews have continued to maintain their identity. … For almost two thousand years the Jews had no homeland and were repeatedly dispersed and persecuted. … Hebrew became a dead language. It ceased to be a spoken language and became a scholastic language that was used only in prayer and religious studies. It’s the only language in the history of mankind to go from a dead language to one that is today spoken by over eight million people. God revived a nation and He revived their language. Those facts speak volumes about God’s faithfulness and the truth of His Word.”[i]

Howard Katz himself is a Jewish believer in Christ and also the pastor of Open Door Christian Fellowship, a Bible-based church in London Ontario, Canada. His book about Israel and the Church is one of the most enlightening I have read on this subject.  I highly recommend it for those who want to know more about what the Bible says about this vital topic.

Before May 1948, the fulfillment of most of the prophetic predictions about Israel and its role as a Nation in the end times seemed unrealistic to many. Since the Jews were defeated and scattered by the Romans in the second century, forcing them to live in exile till 1948, there was no nation with the name ‘Israel.’ Rather, the Land that was once called Israel was then known as the British Mandate of Palestine, under the administration of the British Empire. Only about 30% of the populations of Palestine were Jews. This circumstance made the fulfillment of all those prophecies about the return of the Jews to their historic homeland practically impossible. The situation seemed even more complicated when we consider the fact that in 1948, the Jews were on the brink of extinction after Nazis have brutally killed more than six million of them through the Holocaust. It was naturally very easy then for many who read the Bible to doubt the validity of the prophecies written in it, especially all that the scripture says about the last days since a significant part of it also foretold the establishment of a State of Israel.

Can a nation be born in a day?

Isaiah has prophesied that Israel will be born as a nation or country in a day.

‘Who has ever heard of such things? Who has ever seen things like this? Can a country be born in a day or a nation be brought forth in a moment? Yet no sooner is Zion in labor than she gives birth to her children. ‘ (Isaiah 66:8, NIV).

‘and say to them, ‘This is what the Sovereign Lord says: I will take the Israelites out of the nations where they have gone. I will gather them from all around and bring them back into their own land. I will make them one nation in the land, on the mountains of Israel…’ (Ezekiel 37:21-22, NIV).

But considering the situation in Palestine and the state of the Jews worldwide after the Second World War, it was very doubtful these prophecies will ever be fulfilled. In the way of trying to defend the validity of the Bible, some theologians resorted to alternative interpretations of such passages in the scripture by promoting what is now known as the replacement theology. The teachers of this false doctrine taught that Israel is no longer part of God’s plan and that the Church has replaced Israel and the Jewish people.

But on May 14, 1948, the impossible became possible – Israel became a recognized Nation! Nothing like this has ever happened before in the history of the world.

“As foretold by Isaiah and Ezekiel, Israel became a recognized nation, actually «born in one day.» After being away from their homeland for almost 2,000 years, the Jews were given a national homeland in Palestine. On May 14, 1948, Great Britain withdrew her mandate, and immediately Israel was declared a sovereign state, and her growth and importance among nations was astonishing”[ii].

Even the desert began to flourish. From 1947-1948, the Jewish population of Palestine rose from 30% to 82.1% according to the Jewish Virtual Library[iii]

The re-establishment of Israel as a Nation is a modern day miracle and an urgent warning to the whole world that every prophecy concerning the future of this world and the end time will also be fulfilled. Israel should be a reminder of the faithfulness of God and the total trustworthiness of His Word.

Pastor Howard Katz rightly notes this in his above-mentioned book:

“The heart of the issue in regard to modern day Israel is not about the land, but God’s faithfulness. Although Israel is in unbelief, the very existence of Israel is a testimony to God’s faithfulness. Over 300 years ago, King Louis XIV of France, an agnostic, asked Blaise Pascal, the great Christian philosopher, to give him proof of God. Pascal answered, “Why the Jews, your Majesty, the Jews!”[iv]

Despite all these evidence, Satan continues to succeed in deceiving many Christians to believe in his lies about Israel. That’s why we need to establish ourselves firmly in the truth so that we will not be trapped.

I have heard those who believe in Replacement Theology say that the re-establishment of Israel was just a political event and no more. Such people falsely teach that Israel is no longer part of God’s plan and that the Church has replaced Israel and the Jewish people. This kind of belief is nothing but a doctrine of demons.

As Howard Katz puts it: “Replacement Theology is much more than a repudiation of Israel’s divine purpose as a nation. It is an indirect attack against the faithfulness and sovereignty of God, and opposes God’s Word. Prophet after prophet, from Isaiah to Zechariah, all spoke of a future time when a large remnant of Jews would turn to Jesus as their Messiah, and would be saved.

Thus says the LORD, Who gives the sun for a light by day,

The ordinances of the moon and the stars for a light by night,

Who disturbs the sea, and its waves roar

(The LORD of hosts is His name):

“If those ordinances depart from before Me, says the LORD,

Then the seed of Israel shall also cease from being a nation before Me forever.”

It has always been the desire of Satan to destroy Israel because he knows that if he succeeds in that, then he can repudiate the faithfulness of God and the truth of His Word. That is why throughout history, Satan has continually mobilized evil people to persecute the Jews.

And there is more to come.

This year Israel is celebrating its 70th anniversary as a modern Nation. Although at present we see most of the restoration of the Nation in the physical realm. Politically and economically, Israel is one of the leading Nations in the world. It is the only democracy in the Middle East and a front-runner in the area of scientific and technological innovations. Also, it has one of the strongest and effective armies in the world. Unfortunately, we cannot say that about the present spiritual state of the Nation. We are yet to see the fulfillment of prophecies in this area when all Israel will turn their heart in repentance to the Messiah. As the prophets foretold, this will also surely come to pass, after God has completed the gathering of His people to their historical homeland. But what happened 70 years ago is God’s message for the whole world and especially to those who believe in Him.

Through what He has done for Israel, we know that whatever is written about the future will surely come to pass. As Christians, we should believe that whatever God has promised to do in our life, He will fulfill it even if like Israel, we may have to go through periods of trial and temptation. Let us be patient and look forward to the future with great hope, for the God of Israel whom we serve through Christ Jesus is faithful and true!

Beloved, if you are blessed by reading this and other publications on this blog, share it on social networks. This way, you will inspire others and help to spread the Truth of God’s Word and Christian values among a larger number of people! Together we will fulfill the Great Commission of Jesus Christ! You can also subscribe to the blog (in the bottom right corner of the screen, enter your email address and click «subscribe») to be regularly apprised of new publications!!

[i] Katz, Howard. The Relationship between Israel and the Church, Open Door Christian Fellowship. 2013. P. 10

THE COUNTRY THAT WAS BORN IN A DAY: Один комментарий